The Advent Pony pays us a visit

Christmas is coming and in that spirit, Farleigh was visited by a star guest from the Advent story.

There were no donkeys available, so Sisco, the Advent pony, filled in, and he was certainly the harbinger of joy as far as the children were concerned.

Brought in by Teresa Henderson, he joined the children in both the Prep and Pre-Prep assemblies and was a model of good behaviour, with absolutely no horsing around! There may have been a minor accident à la the ‘Blue Peter and elephant’ incident in the Prep assembly but pony and children took it all in their stride.

Sisco illustrated the part played by the patient bearer of Mary in the Advent story, as she and Joseph made the long journey to Bethlehem to await the birth of their son, Jesus. The children heard the story of the Little Donkey, who was so nervous to travel far away all on his own for the first time. He rose to the challenge and soon realised that he had been part of the most amazing event and was joyful that he had made himself go.

The children managed to concentrate on the message in their assemblies, despite the presence of their enticing visitor, and afterwards there was plenty of opportunity to give him a good pat. He was very satisfied with the delicious grass outside Pre-Prep, so it was a rewarding morning for all concerned. 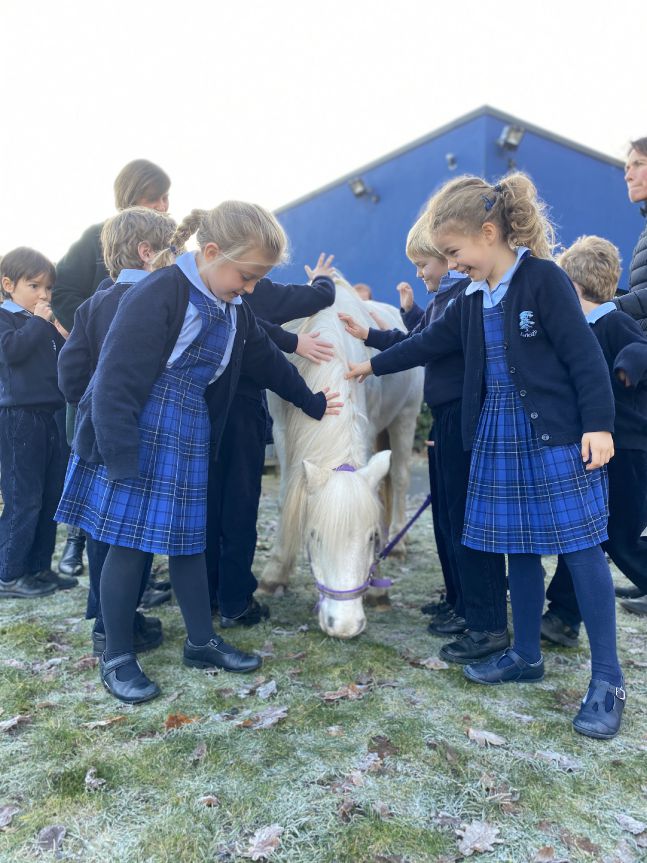