The Aztecs come to Farleigh

Last Friday, the ancient Aztec civilisation was recreated for Year 5 in Farleigh's own Theatre. There were flames, feathered headdresses and artefacts, immersing the senses into what life was like as an Aztec.

One highlight was Bea putting her trumpet playing to good use, making fantastic sounds on the conch shell to start off a procession. She was backed up by some of Year 5 drummers, creating a brilliant Aztec beat to which the rest of the year could chant and dance.

Five children were also chosen to play hip ball - similar to keep-me-uppies but with the ball being played off the hips on a vast stone court. The judge could send the loser of the game to be sacrificed to the gods, so the pressure was on. Percy emerged victorious and Hugo was spared the gods for another day. Perhaps hip-ball could be a new sport at Farleigh?

The pupils had a thoroughly enjoyable morning learning all about the ancient Aztecs’ ways, from their cruel punishments to how to say your name and date of birth; from how to induce rain to their concept of counting in groups of 20 instead of tens - and many other amazing cultural facts in between. 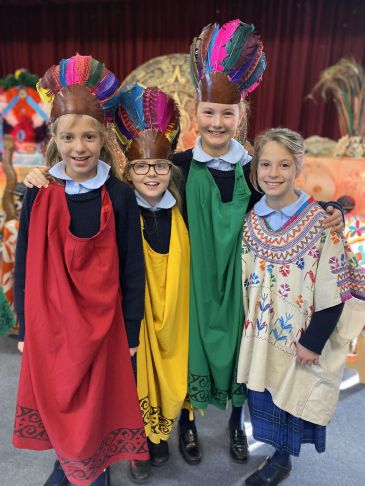