The Rory McDonagh Cup, held annually in memory of former Farleigh pupil, Rory, was a fantastic afternoon of senior boys’ football yesterday, conducted in the ‘never give up’ spirit characterised by Rory himself.

Hosting teams from Cheam, Pilgrims’, Rookwood and Twyford, Farleigh’s 1st team played really well, reaching the semi-final of the Cup. We were delighted that Mr and Mrs McDonagh could be here to witness the play and to present the cups and medals to the winning team from Cheam.

This was a fitting and very special final football fixture. “I couldn’t be more delighted; the afternoon was all we could have wished it to be,” said Graeme Ellison, Director of Sport. "Next up - rugby!"

Farleigh also hosted an excellent afternoon of girls’ hockey with our annual U13A and U12A hockey tournament, featuring teams from Highfield, St Francis, St Mary’s Calne, Thorngrove, Twyford and Westbourne House. Congratulations to our U12A girls who won the U12 tournament; next up for them are the National Finals at Rugby on 20th November.

With the season nearing an end, Linda Machin, Head of Girls’ Games, summarised yesterday's results: “It was fantastic to see the U12A team win their home tournament and they were unbeaten in their round robin group. The U11A team also played superbly yesterday to win the prep school tournament at Bryanston, a wonderful achievement at a fixture in which 18 schools competed. They came back to school very happily and with a very large shield! All the other U13 and U12 teams won at St Mary's Calne and the U11's did well against St Francis. Under 10 netball has improved considerably this term and the teams won against St Swithun’s and the U9 versatility (internal) tournament at Farleigh was a great success. My match of the day was the U12C hockey vs Thorngrove, which finished 3-3 with Farleigh scoring in the last few thrilling seconds to gain a draw. Well done, girls!

On Tuesday, our Year 3 footballers played their final matches of the season. Braving the elements, the magnificent teams of Rangers, Albion and Hotspurs competed against some tough Thorngrove opposition. The Hotspurs had a strong 4-0 win and this was equalled by the Albion holding on to a thrilling 2-1 victory. In the final matches, the Rangers drew 1-1 against Thorngrove’s Year 4s followed by a 3-3 cliff hanger against their own age group.

The Year 3 girls also had enjoyable hockey matches against U8 and U9 Thorngrove girls. Playing in mixed ability teams, the girls played four lots of 10 minute matches in a round-robin format. Their hockey is improving and it was a really successful afternoon. Match teas afterwards are always a highlight!

All in all, a great week of sport. 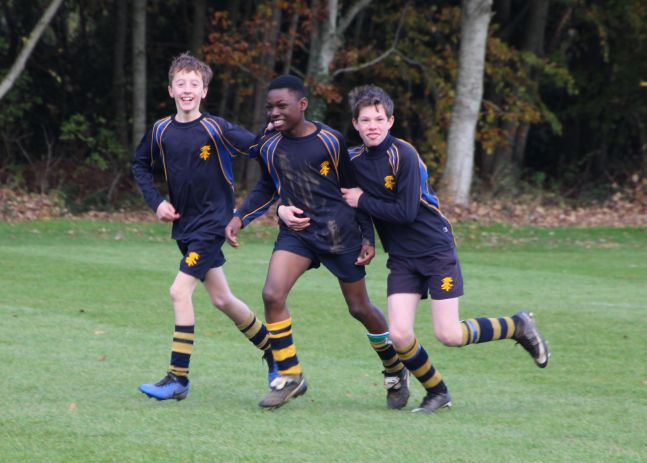